skip to main | skip to sidebar

WELCOME TO MY WEBLOG

This blog will tell you about the growing family crisis throughout the Western world. It will concentrate on the increasingly dangerous divorce machinery being operated by Western governments, as described in my recent book, Taken Into Custody: The War Against Fathers, Marriage, and the Family (Cumberland House, 2007).

I will continue publicizing these abuses in established, mainstream publications (see more than 80 published articles and studies on my internet site). But I also want to highlight here the increasingly totalitarian trajectory of the divorce regime, which I don't think is being emphasized adequately by others. What Frederick Douglass once observed of the slave power’s menacing expansion throughout the political system can now be seen in the cancerous spread of the divorce machinery: It is “advancing, poisoning, corrupting, and perverting the institutions of the country, growing more and more haughty, imperious, and exacting.”

I will be interviewed on two radio shows today:

It appears that you can listen to both these shows from their internet site.
Posted by Stephen Baskerville, Ph.D. at 8:37 AM No comments:

Radio Interviews on Taken Into Custody

Over the next few weeks I will be doing a series of radio interviews based on my book Taken Into Custody. These are arranged with help from a generous benefactor with the cooperation of the American Coalition for Fathers and Children (ACFC). The firm helping with arrangements, Spence Media, report that "your topic really hit a cord" with producers, and they are eager to have me on. This indicates that we should be much more aggressive in pursuing media for our cause. The media and the public are sympathetic and anxious to hear our message.

Here is a tentative list of upcoming shows, starting today. Please circulate these to your lists right away, and ask people to tune in and (when possible) phone in. Thanks.

Review of TIC, with Baldwin

A review of Taken Into Custody has just been published by the economist Jennifer Roback-Morse in the prestigious scholarly journal, The Family in America. She reviewed it together with Alec Baldwin's book on his divorce ordeal, A Promise to Ourselves, so it is sure to get attention. An excerpt is below.

The Family in America has been expanded into a full-length journal and contains other valuable articles on the family. In fact, I have an article due out in the next issue.

"With penetrating insight, the political scientist exposes the truly breathtaking consequences of no-fault divorce for the expansion of state power and the decline of personal autonomy."

"...enforcing the divorce means an unprecedented blurring of the boundaries between public and private life. People under the jurisdiction of family courts can have virtually all of their private lives subject to its scrutiny. If the courts are influenced by feminist ideology, that ideology can extend its reach into every bedroom and kitchen in America. Baldwin ran the gauntlet of divorce industry professionals who have been deeply influenced by the feminist presumptions that the man is always at fault and the woman is always a victim. Thus, the social experiment of no-fault divorce, which most Americans thought was supposed to increase personal liberty, has had the consequence of empowering the state."

"Baskerville makes the case in this book—as well as his 2008 monograph, “The Dangerous Rise of Sexual Politics,” in The Family In America—that at least some of the advocates of changes in family law certainly have intended to expand the power of the state over the private lives of law-abiding citizens."
Posted by Stephen Baskerville, Ph.D. at 8:31 AM No comments:

The American Conservative: "Married to the State"

My article, "Married to the State," has just been published in The American Conservative, online edition.

A longer, scholarly version of this argument will be published in the January 2010 issue of The Family in America: A Journal of Public Policy.

TAC has published 3 previous articles of mine in their print edition:
"Fathers Into Felons"
"The Fathers' War"
"Violence Against Families"

Married to the State
How government colonizes the family

In 1947, with the baby boom in its infancy and few disposed to hearing of family crisis, Harvard sociologist Carle Zimmerman saw the long-term reality: the family had been deteriorating since the Renaissance and was nearing the point of no return. Whenever the family shows signs of dysfunction, Zimmerman observed, “the state helps to break it up.” During the 19th century, “law piled on law, and government agency upon government agency” until by 1900 “the state had become master of the family.” The result, he wrote in Family and Civilization, was that “the family is now truly the agent, the slave, the handmaiden of the state.”

To read the rest, go to: http://www.amconmag.com/blog/married-to-the-state/.
Posted by Stephen Baskerville, Ph.D. at 8:13 AM No comments:

According to the Associated Press this week, "Anti-bullying laws lack any regular enforcement" (The Washington Times, 15 September 2009, p. B3.). This is not surprising.

Georgia is said to have an anti-bullying law that is “among the toughest in the nation”, according to the AP. But against what and whom precisely does it protect? Apparently “the state doesn’t collect data specifically on bullying occurrences,” so we do not know precisely how much bullying there is. And how can we, since no one knows precisely what constitutes “bullying”?

As with other new nebulous crimes proceeding from the sexual revolution -- like “domestic violence,” “child abuse,” and “sexual harassment” -- we are relying here for our evidence of this problem on “reports” that may or may not be “confirmed” (by whom? government officials?) but are not likely to be adjudicated as we usually understand that term – i.e., by a jury trial or other due process protections. “Bullying experts point out that the rising numbers may reflect more reports of bullying, not necessarily more incidents,” says the AP. Here too the definition becomes highly subjective. “Many children reported teasing, spreading rumors, and threats.” So teasing and spreading rumors are now against the law? “How do you quantify bullying?” a school official asks, sensibly enough. “It could even be as simple as a rolling of the eyes.” For this students will be prosecuted? Or simply punished? How, for “a rolling of the eyes”?

The AP writes that “Most states require school districts to adopt open-ended policies to prohibit bullying and harassment.” Open-ended indeed, since nothing else is possible. “It needs to be written into the law that bullying has the same consequences as assault,” says Brenda High, who operates a web site revealingly called Bully Police. Then why not simply use the existing assault laws, if it really is violent assault. Or is it more “open-ended”? Like “a rolling of the eyes”?

What is striking is that the AP does not really even ask these questions or probe any deeper into this alleged problem of criminal justice and neither apparently do many of the officials who would have us believe that we need yet more criminal statutes and law enforcement machinery.

It may well be that bullying is a growing and even rampant problem. The important point here is that traditionally it was fathers that protected their children against bullies or taught them how to handle themselves against bullies and prevented them from themselves bullying others. But having eliminated fathers, the single mothers can only protect their own children by ever more police power and by lobbying the state to criminalize more of other people’s children.

Once again, eliminate the fathers and increase the power and reach of the state.
Posted by Stephen Baskerville, Ph.D. at 6:09 AM No comments:

WorldNetDaily: "Molested by the State"

My article, "Molested by the State," is published today on WorldNetDaily:

Entitled "International Guidelines on Sexuality Education," the document is published by the United Nations Educational, Scientific, and Cultural Organization, or UNESCO. The entire document is a manifesto for governments to assume control over the "sexual education" of children, to inculcate in them politically correct ideas about sex and sexual politics, and to undermine and marginalize their parents.

Pat Fagan's paper delivered at the World Congress of Families in Amsterdam last month, mentioned in the last post, is available here. Note this important passage toward the end:

...in the protection of the family, men have the special role of being the primary protector. Thus, in this political competition for peaceful coexistence, the male needs to especially engage the increasingly hostile state and the polygamy culture whenever it “raids” the territory of his family’s domain. ... We can wait no longer; we need men of courage and energy. We are looking for the first few.

Posted by Stephen Baskerville, Ph.D. at 7:39 AM No comments:

The most devastating critique of the divorce industry ever published.

More about Taken Into Custody 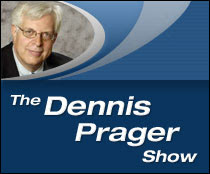 Stephen Baskerville, Ph.D.
Stephen Baskerville is Associate Professor of Government at Patrick Henry College and past president of the American Coalition for Fathers and Children. He is a Fellow at the Howard Center for Family, Religion, and Society and a Research Fellow at the Independent Institute. He holds a PhD from the London School of Economics and for many years taught political science at Howard University and Palacky University in the Czech Republic. His second book, Taken Into Custody: The War against Fathers, Marriage, and the Family, was published in October 2007 by Cumberland House Publishing. He is also the author of some 80 articles on family issues, some of which are at www.stephenbaskerville.net.